Volleyball Rules: What's legal (and what isn't) with hand setting 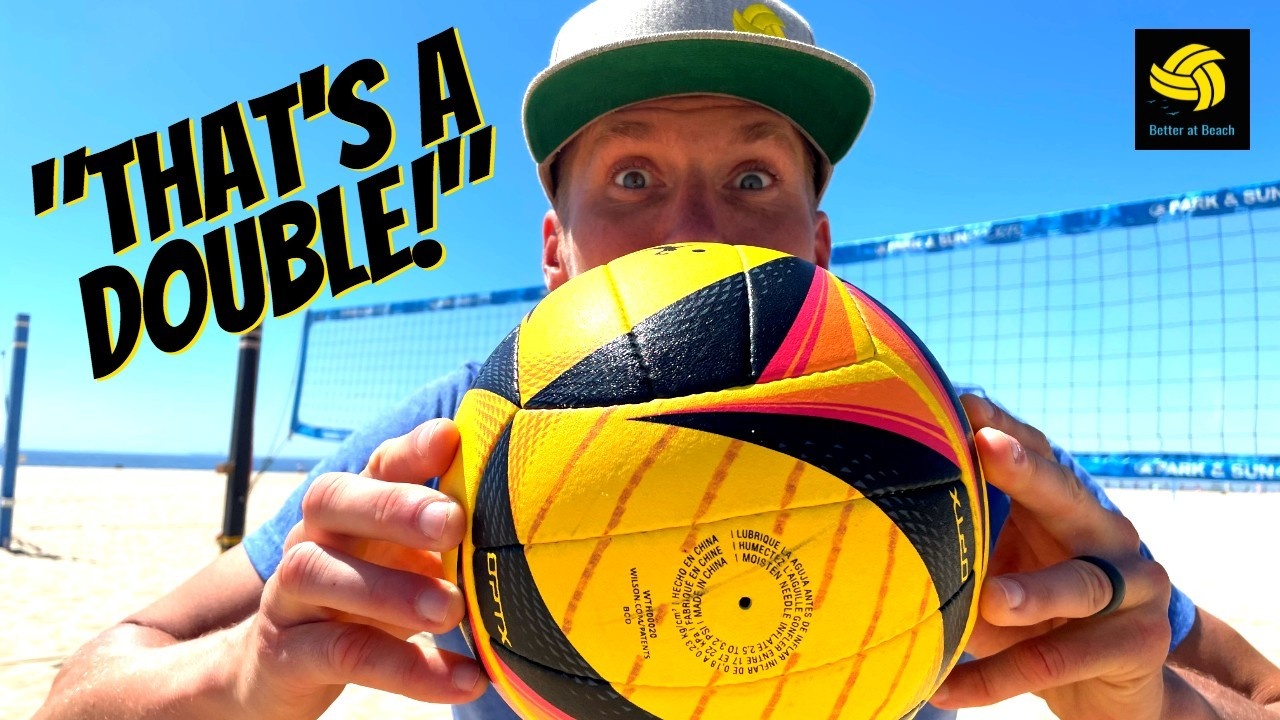 There is a great scene in the movie Rat Race, where the organizer of the race is going over the rules of a cross-country trek that will end at a locker filled with $2 million.

When it comes to hand setting in beach volleyball, it can sometimes feel that way. Does anybody really know what’s legal and what is not legal with hand-setting? Can anyone actually explain a double? Can a single person properly identify a lift? How do we know when a hit is hard-driven enough to take open-handed?

In many cases, particularly in player-reffed tournaments, rules are enforced on a “I know it when I see it” basis. Ask why they called a double, or a lift, and their explanation will be the supremely unhelpful “because it was a double (or lift).” 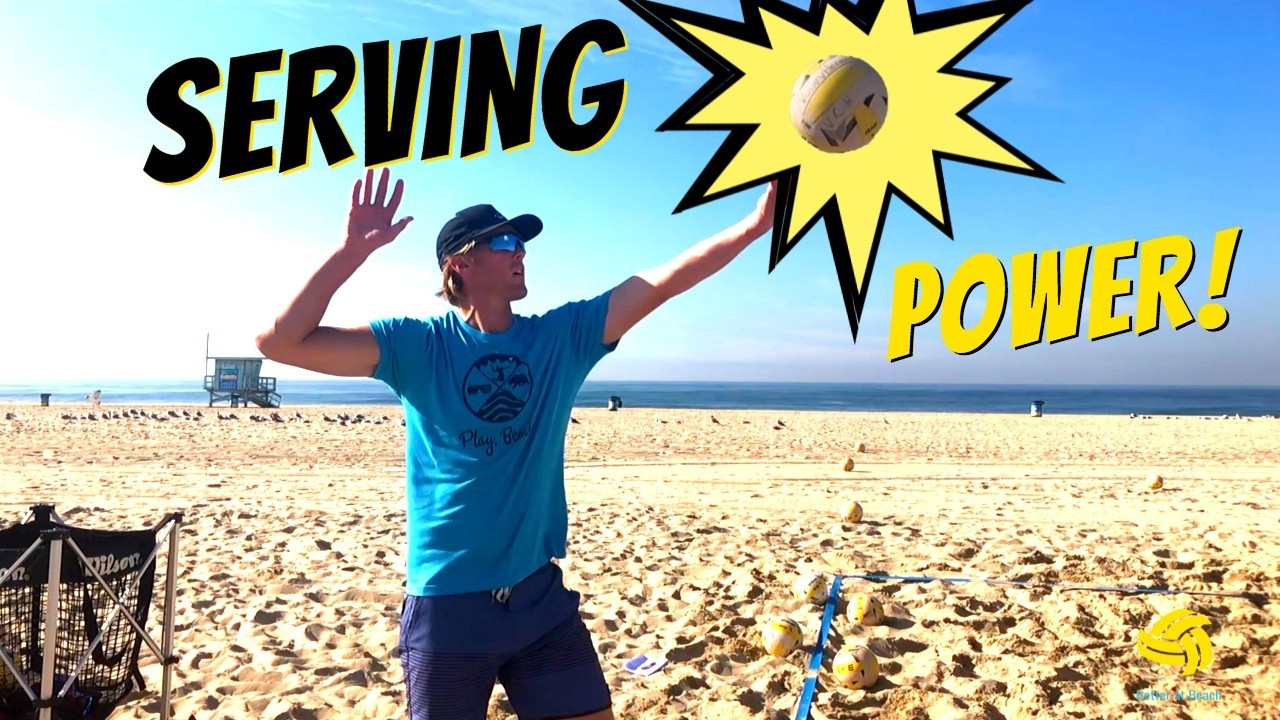 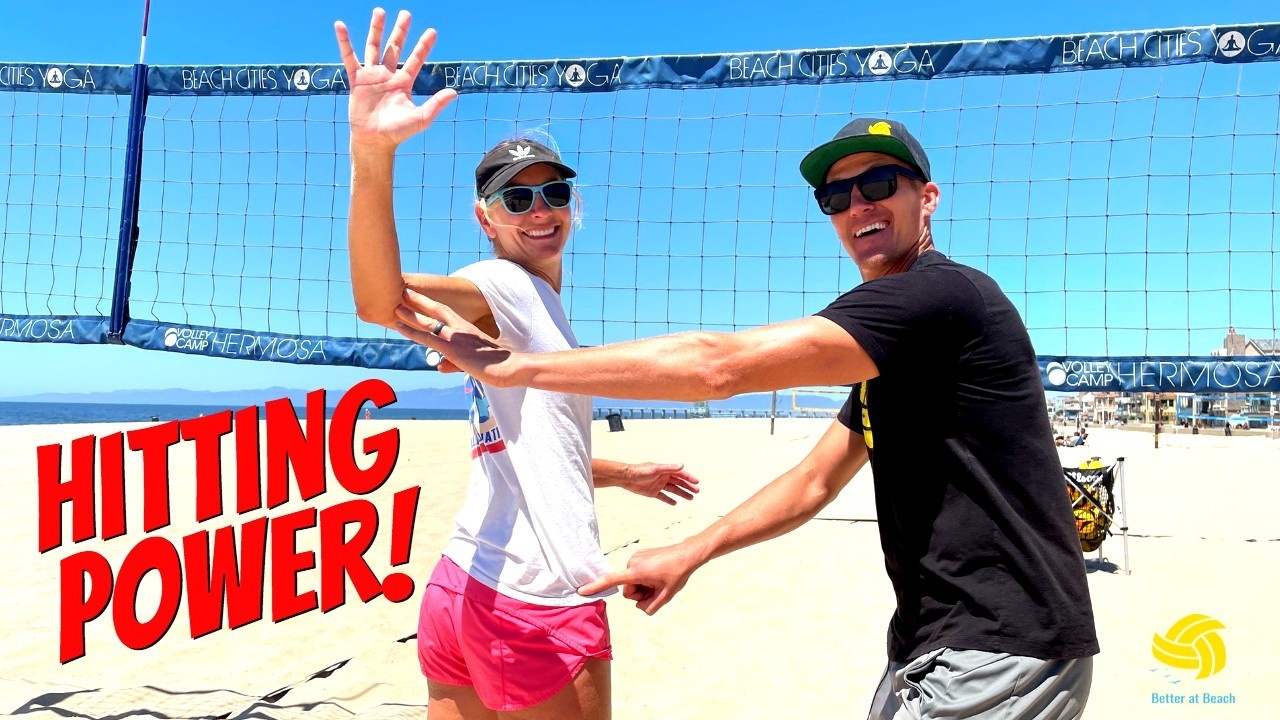 Think of your favorite pitcher – Clayton Kershaw, perhaps, for the Dodgers fans among us? – or quarterback – Tom... 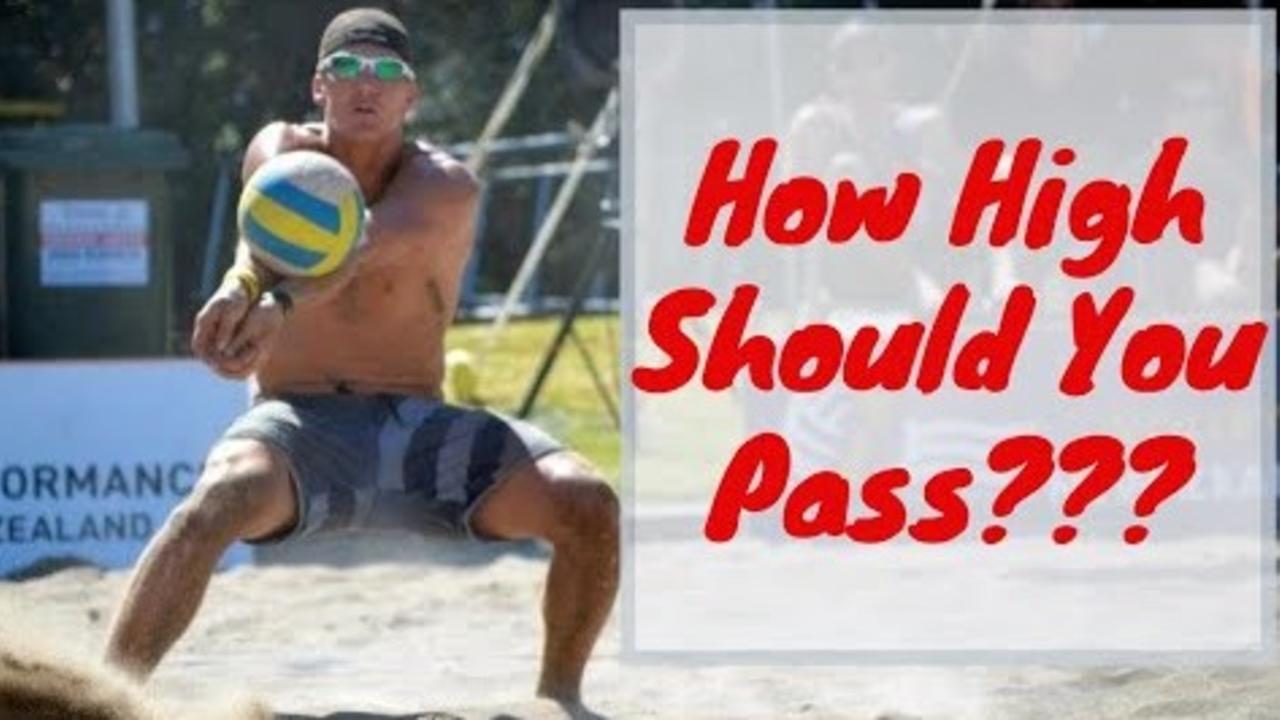 Whether someone is just learning how to play volleyball or has been playing for years, the most common question we get is "How high should I pass?'  In the sand volleyball world, this question can be answered many different ways, but the information below should give you all the answers you're looking for!

If you're interested in this blog on beach volleyball serve receive and passing, you may want to take a look at our passing and serve receive course! We'd love to have you drop by one -- or more -- of our beach volleyball classes, private lessons and training camps for adults and juniors in Hermosa Beach, CA and Salt Lake City, Utah. We run volleyball vacations in exotic locations around the world. We can even run beach volleyball clinics for your group, club or team in your hometown! Send an email to [email protected]

At every level in beach volleyball -- from BB to co-ed to the ball at your local bar to the...

Beach Volleyball Training: Use This Game to Get Better at Peeling 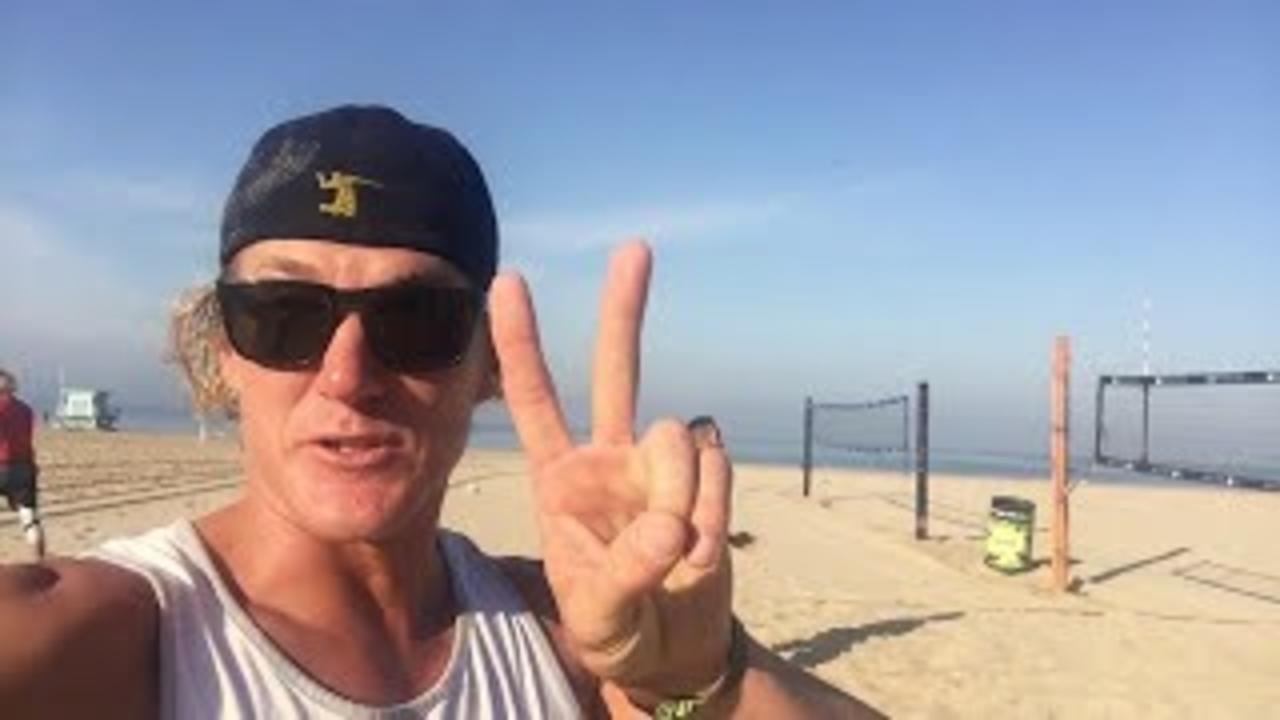 If you're interested in this blog on serving and how to play defense in beach volleyball, you may be interested in our serving course, which, of course, is the first line of defense in, ahem, defense. It'll will have you serving more accurately, with more power, in just a few weeks! We'd also love to have you drop by one -- or more -- of our beach volleyball classes, private lessons and training camps for adults and juniors in Hermosa Beach, CA and Salt Lake City, Utah. We run volleyball vacations in exotic locations around the world. We can even run beach volleyball clinics for your group, club or team in your hometown! Send an email to [email protected] 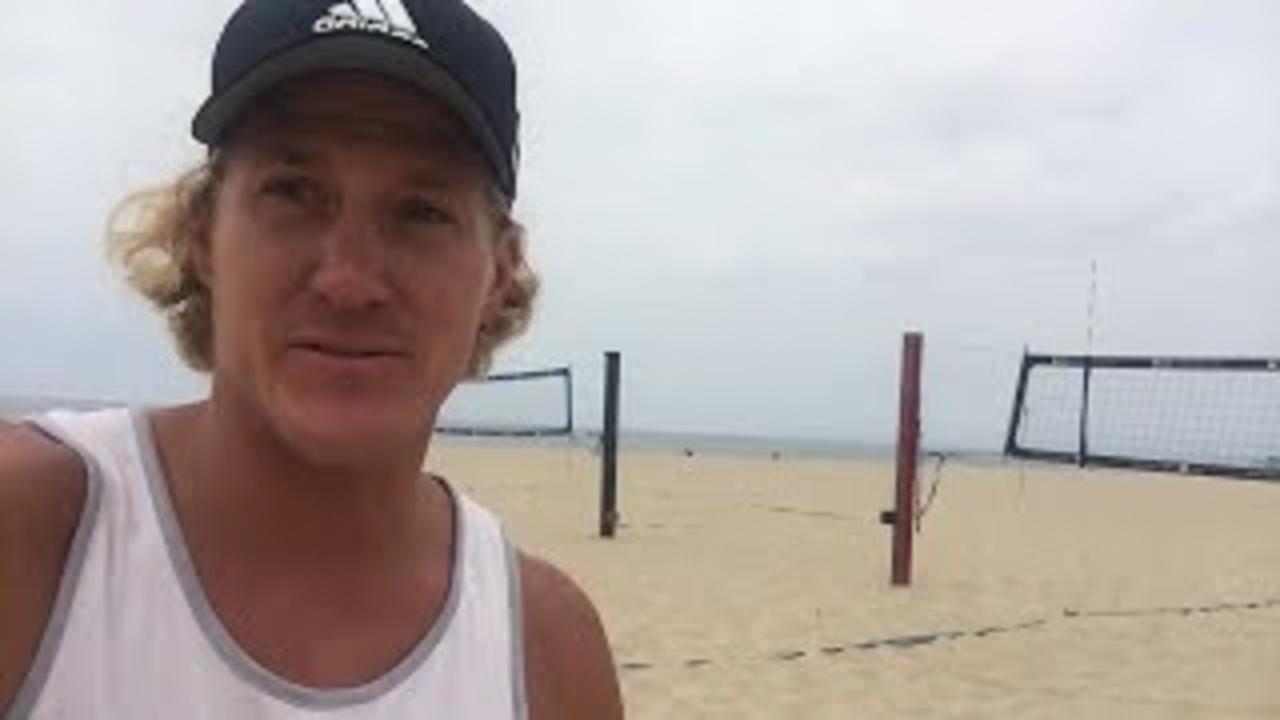 We're going to show you what we did here on my side of the court. I'm coaching here, we have four zones - two zones in the sharp sidelines, and two zones in the deep corners. This is how I measure it out on the beach volleyball court.

Go to the deep corner of the court and take two giant steps along the sideline towards the net. Now, take one step into the court dragging your foot to make a line in the sand. Face the net again and drag your foot until you get to the volleyball net. You should have a big rectangle on the sideline that starts at the net and goes to about two thirds depth into the court. You should do the same thing on the other sideline. You'll be left with two rectangle zones along the sidelines that are about 20 feet long and 3 feet wide. These are your "sharp sideline" zones.

Want to show your support and help us make more content?...

How to Spike Better and Use Spacing to Win More Points in Beach Volleyball: An In Depth Course on Offensive Design 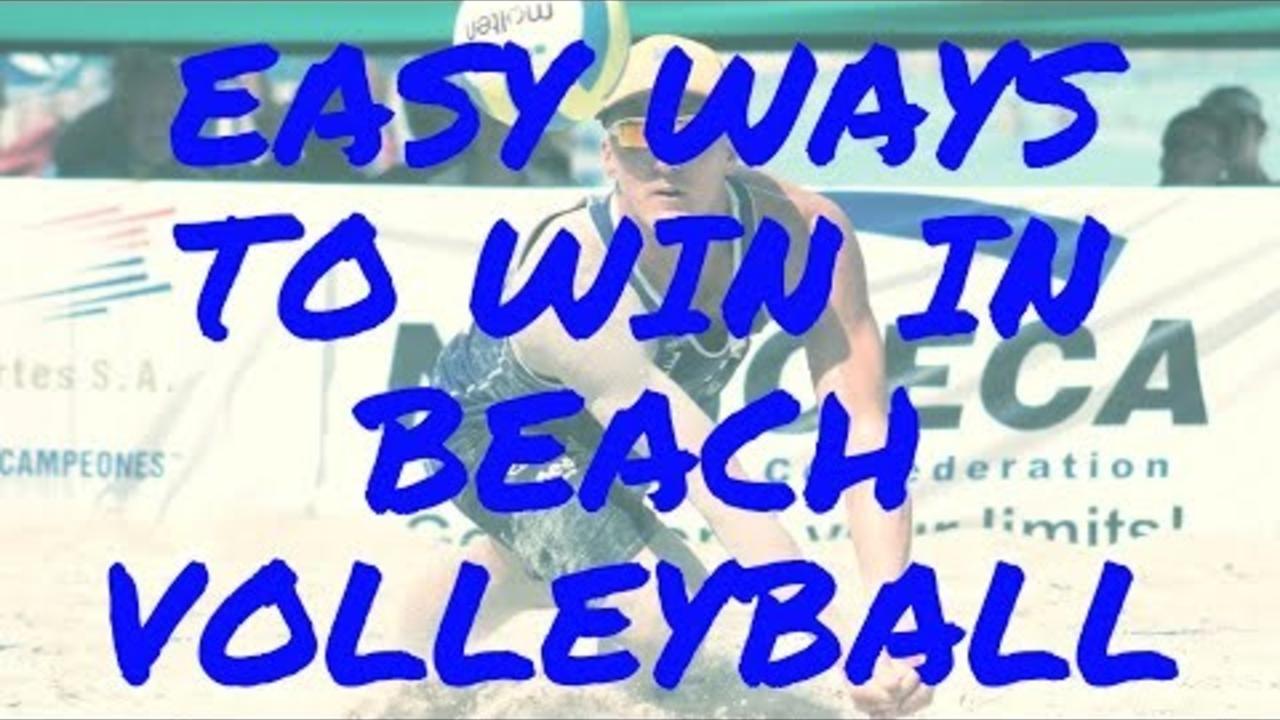 Some players put in hours of work so they can control the ball. While we can't negate the value of that, tons of points are lost simply because their offensive game is not designed properly. A beach volleyball point should have an intentional shape and all of the best beach volleyball players work hard after the first touch to put themselves in a position that makes a great spike more likely.

It's not only the setter's responsibility to put the hitter in a good position. Great attackers put themselves in a position after the pass where it's easy to set them a perfect ball -- and if you'd like the most effective, fastest way to become the best setter on the beach, give our setting course a try!

When you have great footwork, and you religiously create a great distance relationship between yourself, your hitter, and the volleyball net, it becomes more likely that you will score points.

I want you to take special notice, that none of what I... 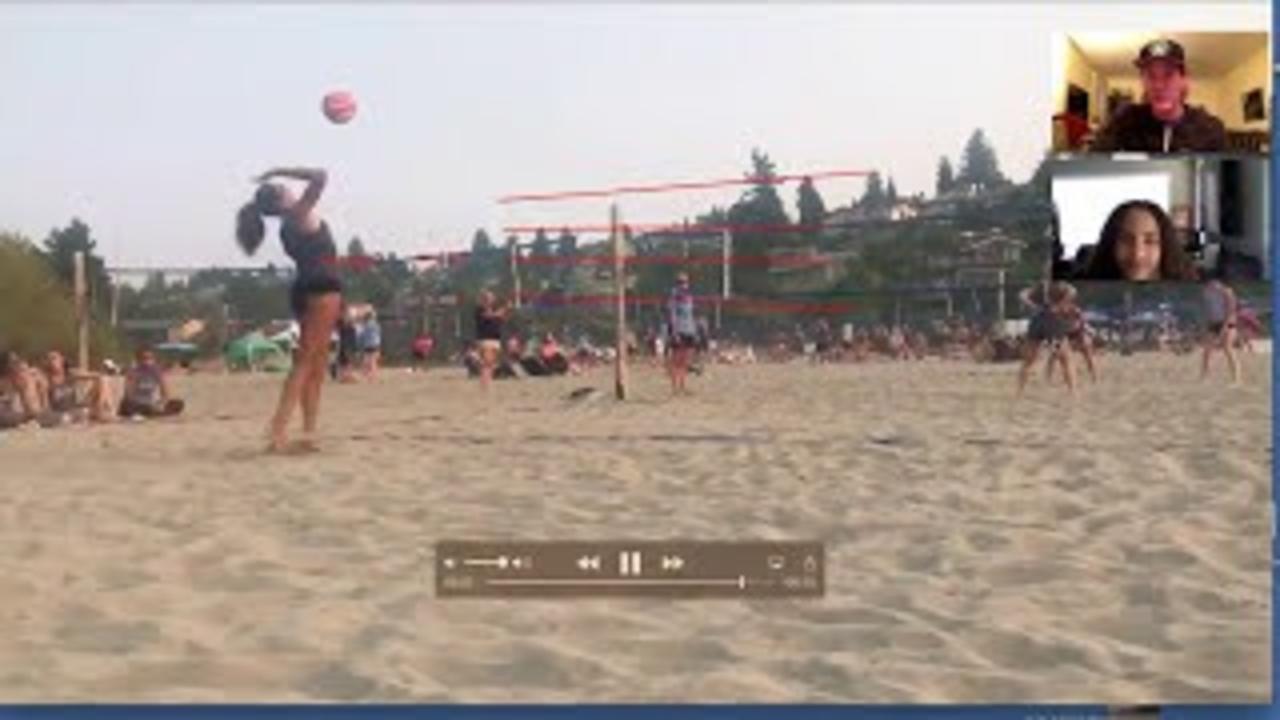 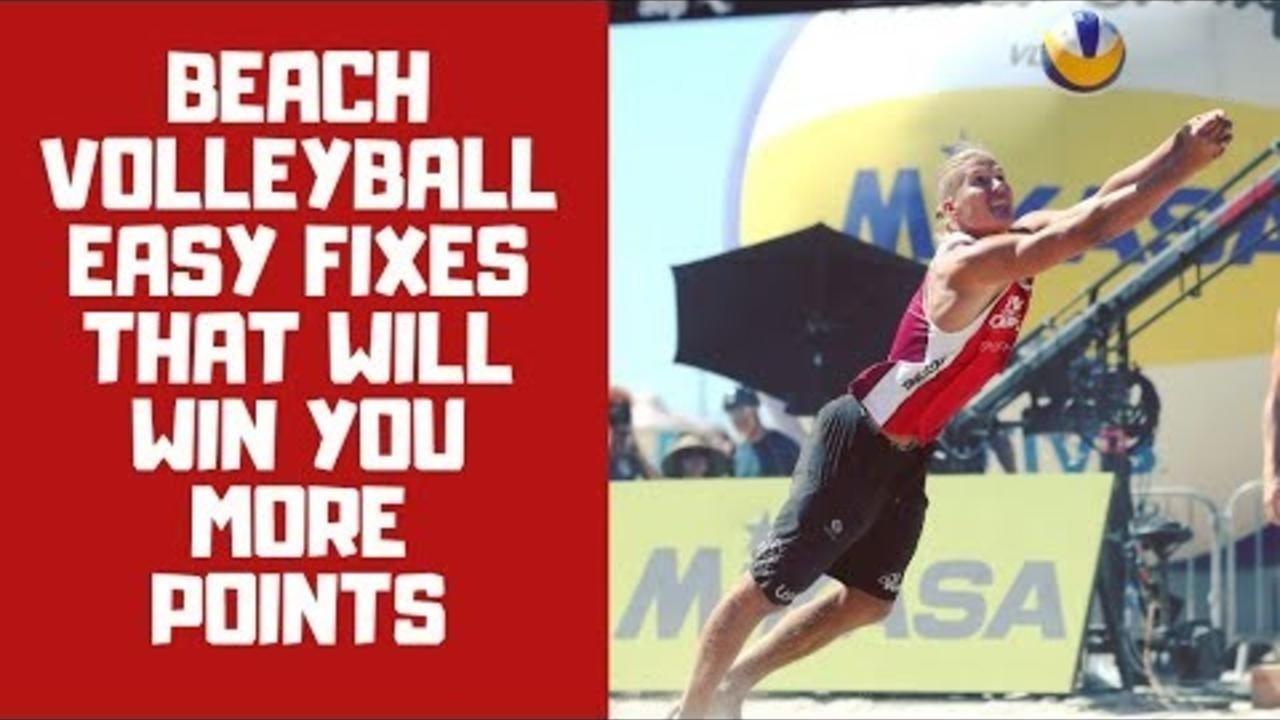 When AVP and FIVB beach volleyball players and coaches watch film, we hunt for tendencies, weaknesses, strategical flaws and opportunities to win. In any player tent, you'll see players studying film from past matches so they can keep tabs on what they have been working on AND exploit other teams. If you have never seen yourself play a full match, you are missing out. You might THINK you are doing something correctly but then you see the replay and... uh oh. Gyms have mirrors. Writers have drafts and editors. Athletes have video analysis.

In this video, I teach Bryce how to win more points using some simple strategy and key points that can take his game to the next level. I'm SURE this quick video session will help your game get better too! Sign Up for your own Video Analysis just like Bryce did and see for yourself what you can learn from a professional beach volleyball player.

Beach volleyball pro Mark Burik talks about Defense in this 1-on-1 video... 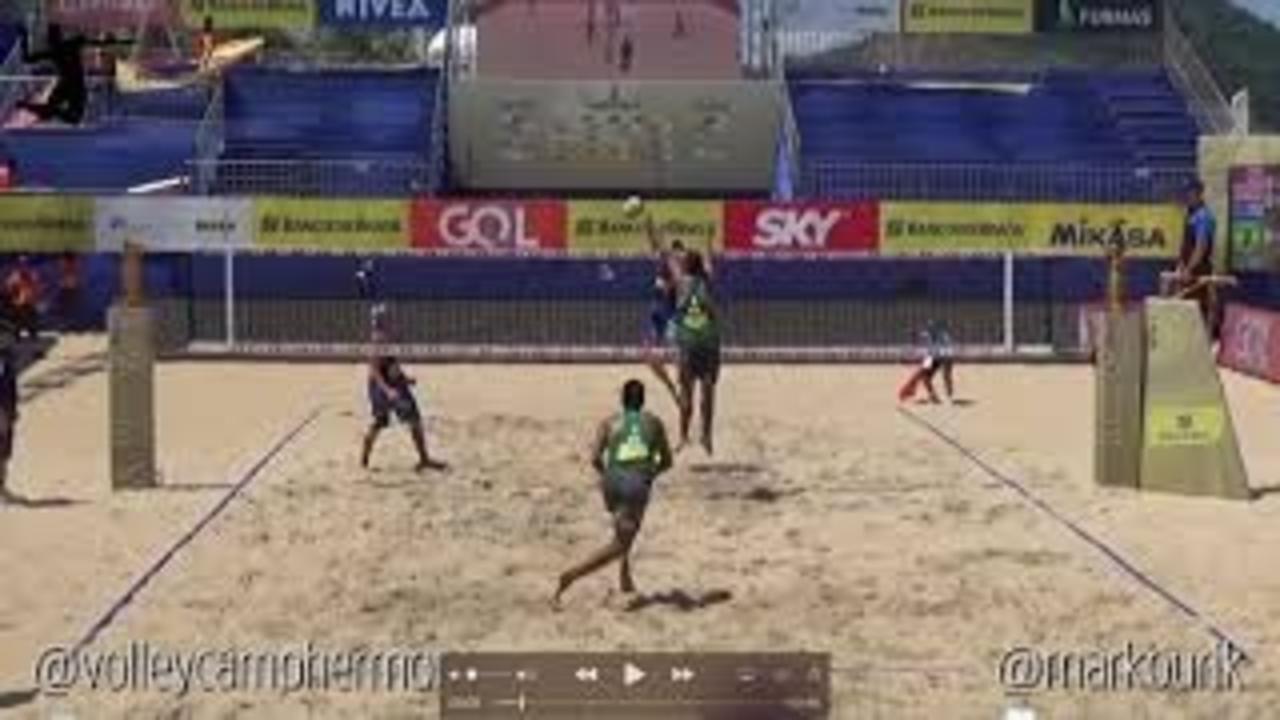 Hey everybody and welcome to another Better at Beach video analysis. This is a match showing beach volleyball pros Mark Burik and Tri Bourne playing against Brazil but did you know you can get your game analyzed by real pro's right here?! If you've ever wondered how  an AVP or World Tour player would fix your game, looking no further than our one on one online beach volleyball coaching. We guarantee you will have a deeper understanding of beach volleyball strategy.

Open a tab by clicking one of the links above, then come back and let's show you how much you can learn through online beach volleyball coaching.

We have about a minute of clips here and we just want to go through the details of each point with you and see if we can pick up some new skills, new tips, and discover how the pros are doing it.

In this video we take a look at what goes into scoring points in beach volleyball at the World Tour level. This is one of my qualifier matches in 2016 in...