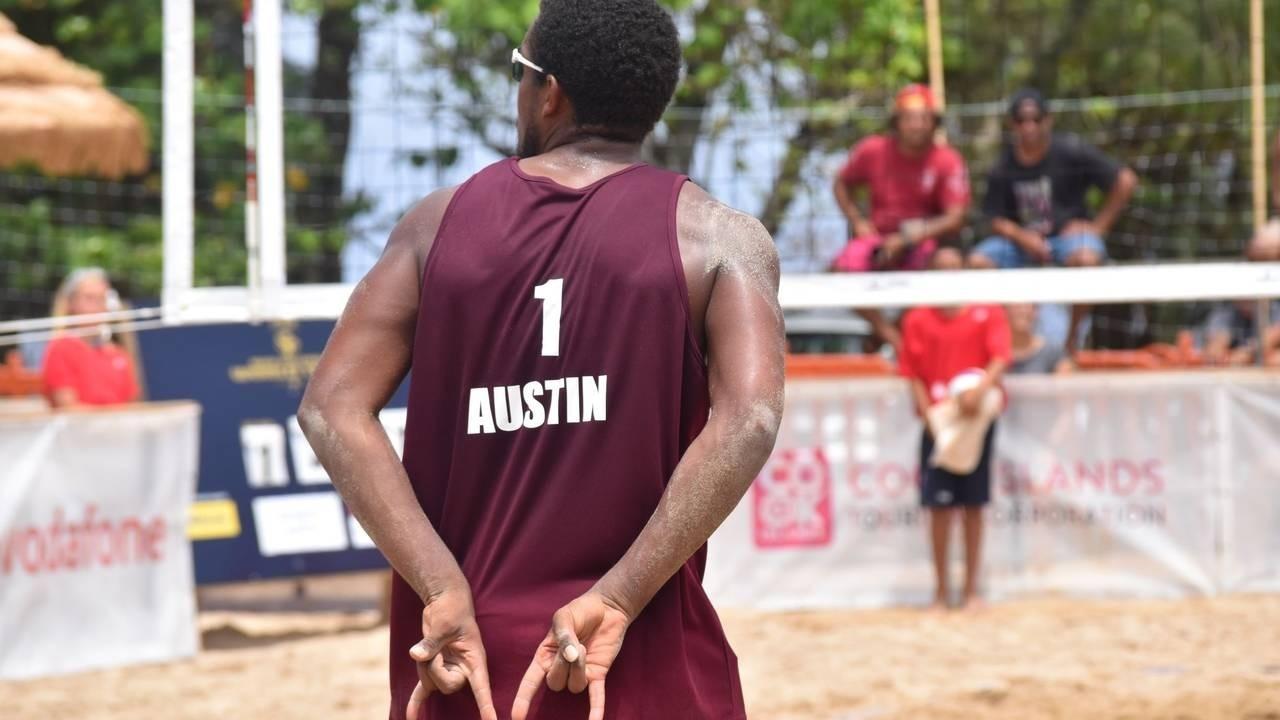 If you're interested in this blog on blocking and how to play defense in beach volleyball, you may be interested in our serving course, which, of course, is the first line of defense in, ahem, defense. It will have you serving more accurately, with more power, in just a few weeks! We'd also love to have you drop by one -- or more -- of our beach volleyball classes, private lessons and training camps for adults and juniors in Hermosa Beach, CA and Salt Lake City, Utah. We run volleyball vacations in exotic locations around the world. We can even run beach volleyball clinics for your group, club or team in your hometown! Send an email to [email protected]

If you've ever watched a beach volleyball match with someone who doesn't play beach volleyball at a decently high level, you'll inevitably be asked the question: What do those numbers mean?

By "numbers," we are referencing what the blocker at the net is signaling to the defender. Typically, these signals could be a one, two, three, four, fist or five, or "shaka."

To the uninitiated beach volleyball player, this is complete gibberish. Allow us to translate.

So, what do they mean?

One: This is the most common block call and defense in beach volleyball. This is where the blocker is blocking the line. What does this mean? It means that the defender will sit in the angle, ready to dig the spike in the angle, and prepared to run down a cut shot or a line shot over the blocker. The blocker is prepared to block a low line swing, or force the high line shot to be high enough for the defender to go run down.

Typically, this defense is beat by an excellent angle swing or a perfect high line.

Two:  This is the exact opposite of the one. In a two-block, the blocker is now blocking the angle, taking away the hard angle swing or forcing the offense to hit a high enough jumbo that the defender can run down. The defender, meanwhile, will be prepared to dig the hard line swing or be ready to run down a high angle.

Typically, this defense is beat by an excellent hard line swing or a cut shot.

Three: Now we're having fun! This is what we call a show and take in beach volleyball. The set up for this will look like a two, with the blocker in the angle, and the defender in the line. At the last second, just after the offense takes his eyes off the defense and looks to the set, you'll switch, with the blocker diving into the line, while the defender shifts into the angle. This defense works great when you're anticipating the offense to either swing line or hit a loopy cut shot.

Typically, this defense is beat by a high line or a hard angle swing.

Four: This is the opposite action of a three block. Here, the blocker will set up as if he's blocking line, and the defender will set up as if he's defending the angle. Now at the last second, just as the attacker takes his eyes off the defense and looks to the set, the blocker will dive into the angle, while the defender will shift into the line. This defense works well when you're anticipating an angle swing or a high line shot.

Typically, this defense is beat by a hard line swing or an angle shot over the block.

They know they're the big dogs.

So they block like big dogs -- owning the net.

Shaka: This call, where you point your thumb and pinky fingers out, is a call for a spread block. This is used mostly against hitters who like to bounce balls and swing low. As such, the blocker will spread his arms and block as wide as he can, pressing low over the net so no low swings will go down. The defender, meanwhile, is prepared to run down any and all shots that go around and over the block.

Allow the McKibbin brothers to show you more about blocking calls

If you haven't already checked out the McKibbin brothers video tutorials, do it. They have some really great video tutorials on pretty much every aspect of the sport on their Youtube channel.  A while back, they came out with this fantastic video on blocking, which includes beach volleyball blocking signals and what to do as a blocker!  However, keep in mind that practicing with great coaches is the quickest way to get better.  We have some great coaches, so head to our classes page to start improving today!

If you want to become a digging machine, keep reading. We are going to help you master all of the defensive positioning, mechanics, reading and tactics for defenders. All you have to do is sign up for our Beach Volleyball Mastery. We also show you the right positioning and movement for every type of defense. THEN, we’ll show you when to use different defensive play calls to beat certain types of players. You’re going to learn how to flat-out SHUT ATTACKERS DOWN!

Once inside the membership, you’ll be able to unlock “Ultimate Defender: Skills, Drills and Strategies for Defenders" along with 9 more skill courses AND our 60 Day At-Home Max Vertical Jump Training Program