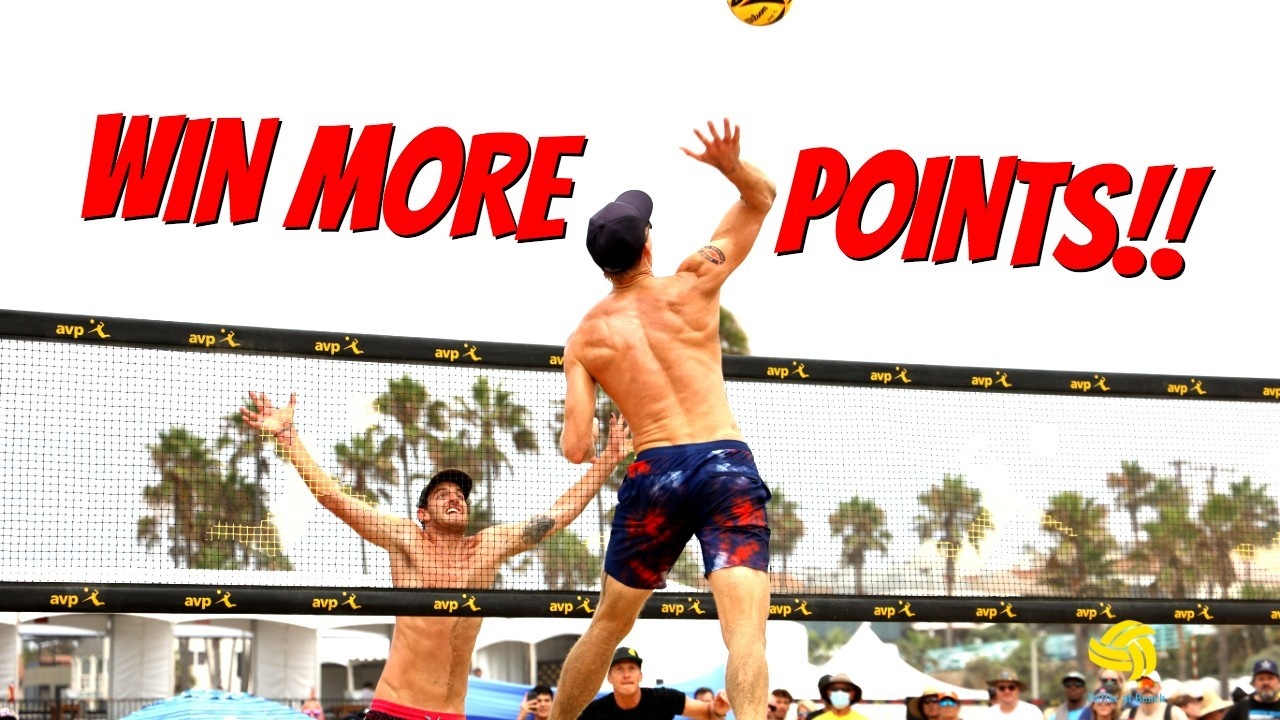 If you spend enough time watching beach volleyball -- and if you're reading this blog, you probably do -- then you'll have likely noticed the differences between many teams and the sets they hit. Some players, like Poland's Bartosz Losiak and Piotr Kantor, run a variety of fast sets in myriad directions. Others, like Phil Dalhausser and Nick Lucena, will run a basic offense featuring mostly up and down sets. Still others, take Sarah Sponcil and Kelly Claes as an example, will run a hybrid of the two, moving the ball sometimes, playing more traditional others.

The point is: In order to be successful offensively in beach volleyball, you need to find the set that is most comfortable not only for you, but for your setter as well. We're going to help break down the most optimal sets you should be taking at your respective level of play.

If you're a beginner in beach volleyball, the set you're going to be hitting most effectively is a very basic, up and down set. This doesn't necessarily have so much to do with your as an attacker as it does with what you're asking of your setter, who is also likely to be a beginner and therefore possessing a beginner skill set.

And if you want to learn how to set, and set exceptionally well, our beach volleyball setting course is absolutely gold and we highly, highly encourage you to check it out!

There's no shame in this! As we mentioned: Phil Dalhausser and Nick Lucena, two of the best players of their generation, ran mostly basic sets. If it works for them, it'll work for you.

And, most importantly, "we want to make sure our instructions are in relation to the setter, not us as a hitter," Joyner said. What this means is that we shouldn't be instructing our setter to set "Over here!" or "right there!" Nobody but you has any idea what that means.

Give more specific instructions: "Up and down, straight up, on you." All of these are in relation to the setter, so they know exactly where to set the ball.

As beginners, the bigggest key is akin to the old math maxim: KISS. Keep It Simple Silly.

Run an up and down offense. Let your setter know where to set it. Then hit your kill shot.

So we've mastered the up and down set. As hitters, we're able to pass consistently to the middle of the court, within 10 feet of the net. But the defense is starting to get used to our up-and-down offense, and we're not siding out consistently enough.

Now it's time to mix it up.

At the intermediate level, we can also expect our setters to have an intermediate skill set as well. Which means we can add what is called a push, or an outside set.

"Now you’re making the blocker move left or right," Joyner said. "If we can have that blocker moving, it opens up the court for me to shoot or hit and score an easier point."

The object with moving our set to different locations is to make the defense adjust to us. When they're adjusting to us, we're now in control of the play, not them. And when we're in control, we're going to score more points.

The easiest evolution of a beach volleyball offense is to run an outside set or a push, which is just what it sounds like: Rather than having our setter set straight up and down, we're going to move the ball closer to the antenna. Once we've mastered the outside or push set, we can add another element: the back set.

A back set has incredible value on windy days, especially with the side-wind we often get in California. When running a back set, we almost always want to run it with the wind, not against it. This makes the setter's job remarkably easier, and it'll make it much easier as a hitter to track the ball, thereby making it much easier to hit the ball and score.

So mix up the offense when the situation calls for it. Don't force the issue, but when you're in system, move the set outside, take a back set with the wind. Move the defense around, and you'l begin seeing your sideout percentage soar.

Once we've mastered the ability to run sets outside and behind us, as well as the standard up and down, we can now add tempo, or speed, to our offense. We're not necessarily adding any additional sets here, just speed, to keep the blocker and defender scrambling while they're in defense.

So, instead of running a loopy push set, we're going to run what's called a shoot set, which is roughly twice as fast but requires an excellent connection with the setter and the hitter. If the setter sets it too fast, the hitter can't get a full swing on it; too slow, and now the hitter is well ahead of the set and won't have a full approach.

We can do similar tempo plays in the middle, taking our set about the height of the antenna or below to speed up the offense. We can even take a back set quick as well, which produces the same effect.

It's tricky, calling for a phenomenal setter and usually good team chemistry between you and your partner. If you want to watch the best examples of this, head down the YouTube rabbit hole watching Adrian Carambula and Enrico Rossi, or Piotr Kantor and Bartosz Losiak, or Sweden's David Ahman and Jonatan Hellvig. All of them run tempo offenses to absolute perfection, and are near unstoppable when they do.

If you want to get more power, more accuracy, more consistency and more vision as well as the offensive mindset and strategies that win matches, you should sign up for our Beach Volleyball Mastery We take you through the basics and then work all the way up to advanced tactics and swing selection to keep the defense on their heels!